Abstract. This paper concerns an analytical study of an infinite expanse of uniform flow of steady axisymmetric creeping flow of an incompressible micropolar fluid around the permeable sphere assuming a nonhomogeneous boundary condition for microrotation vector. It is assumed that microrotation vector is proportional to the rotation rate of velocity vector. The stream function solutions for the flow fields are obtained in the terms of modified Bessel’s functions and Gegenbauer functions. Continuity of normal velocity, no-slip condition, non-zero microrotation vector on the sphere, uniform velocity at infinity are the different boundary conditions used to determine the flow fields explicitly. The micro- rotation component, pressure field, bounds of permeability parameter and drag force experienced by the permeable sphere are calculated. Dependence of the drag force on different fluid parameters is presented graphically and discussed. It is found that drag force decreases with increasing spin parameter. Several cases of interest are deduced from the present analysis.

The investigation of viscous flow through permeable media has fascinated substantial practical and theoretical interest in science, designing and innovation. In our day to day life, we observe that the permeable objects and permeability nature correspond to various types of viscous and non viscous fluids passing through the objects viz. cloth, sand, paper etc. Many different theoretical and experimental models have been proposed, which explain the viscous flow past and within porous bodies. Some more examples of such flow are a flow past a meshed spherical surface, soil etc.

Eringer [11] introduced a subclass of viscous fluids, which he named micro- polar fluids, that ignores the deformation of the microelement but still allows for the particle micromotion to take place. Apart from the classical field of velocity, in the micropolar fluid theory there are two additional field variables, viz. the micro- rotation vector

and the gyration parameter

The microrotation on the boundary of the sphere is assumed to be proportional to the rotational rate of the velocity field on the boundary. The stream function and pressure for the flow outside and inside of the sphere are calculated. The drag experienced by a permeable sphere is evaluated and the graphical representation of the drag force with respect to the different fluid parameters is displayed. The effect of fluid parameters on velocities and stream functions are discussed.

Here we have considered a permeable sphere of radius

in an unbounded medium with the origin at the centre

of the sphere (Fig. 1). We assume that the permeable sphere is stationary and a steady axisymmetric creeping flow of a micropolar fluid has been established around it by a uniform flow with velocity of magnitude

-axis far away from the sphere. 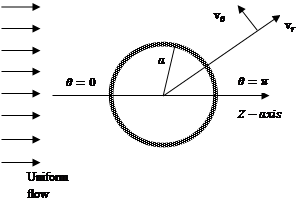 Fig. 1. Graphical representation of the model

being the velocity vector,

the classical viscosity coefficient of the fluid,

To non-dimensionalize the equations and variables, we put

and drop tildes subsequently in further analysis. Since the flow field is axisymmetric, we can introduce stream functions

which is related to the velocity in spherical coordinate system

by Happel and Brenner [7]

and we obtain two velocity components of the flow as

Using the equation (3) we get the micro-rotation component

denote the stream function solution for the external flow (

) and for the internal flow (

) respectively. Using the method of separation of variables, the stream function solution for external flow and internal flow are obtained as

are modified Bessel functions of the first and second kind and

for external and internal flow are

The boundary conditions to be satisfied at the surface of the permeable sphere, which are physically realistic and mathematically consistent for this proposed problem, can be taken as:

· Continuity of normal velocity on the boundary i.e.

· No-slip condition across the surface i.e.

· The condition at infinity for uniform stream as

is the permeability ceofficient coefficient of the surface.

By applying the above boundary conditions (17)-(20) we obtain the following linear equations:

On solving above equations, we get

as the measure of permeability of the boundary surface which reduces the uncertainty in the equation. In the case of

the stream function for the internal region vanishes identically and this corresponds to the case of an impermeable boundary. Here, we take the problem of permeable sphere for non-zero

Using equation (2) the pressure for the external flow is

and for the internal flow

Solving Eq. (22) we get the external pressure

We assume that there is a pressure difference at the surface of the sphere, due to which fluid enters and leaves the surface of sphere. At the boundary, the normal filtration velocity

Bounds of permeability parameter for physically possible flow are determined by Leonov [3], from obvious conditions

using these conditions, we get

this is calculated by Aparna and Murthy [21].

In order to determine the hydrodynamic drag force

acting on the sphere, which is directed along the symmetrical axis, we have used the formula

. Using the equation (13) to (16), the drag on the permeable sphere due to external flow

The non-dimensional drag is defined as

At the outset, it is instructive to consider some limiting situations of the drag force as discussed below:

(a) Drag for no-spin on the boundary

It is interesting to know that by putting

in the calculated drag force (30), we get

this result is same as earlier reported by Aparna and Murthy [21].

(b) Case of viscous fluid

for viscous fluid, the stream functions are obtained for external and internal flow, as given below

, these results are all in complete agreement with Leonov [3].

this is well known result has been reported by Ramkisoon and Majumdar [12].

at the surface is given by

The normal velocity on the surface of the sphere decreases as

the normal velocity is zero. On the axis

the normal velocity is given by

This velocity is less than the velocity

of the fluid at infinity.

The variation in non-dimensional drag

with respect to micropolar parameter

is shown in Figure 2. It is clear from the figure that firstly

decreases at the small values of

and then drag force reaches almost constant for fix value of

Variation in the non-dimensional drag

decreases with the increase in

and various value of coupling number

. The microrotation vector is zero when spin parameter

on the sphere on the axis (

) with respect to micropolar parameter

. It is evident as

is shown in Figure 5. Represented that stream function increases with increasing value

for the fixed value of

The effect of permeability parameter

on the non-dimensional drag

is shown in Figure 6. It is evident that for different value of spin parameter

, drag decreases continiously as increases the value of

are the fixed value. When permeability parameter

with respect to the coupling number

for different values of the spin paeameter

shown in Figure 7. It is clear that for

correspond to a weak drag and increases rapidly for

for fix value of

From Figure 7, it is observed that drag is greater in case of micropolar fluid than that of newtonian fluid.

The stream function solution to the flow field equation for steady axisymetric creeping flow of micropolar fluid around a permeable sphere are obtained. Different useful results are obtained from the solution, particularly the closed expression for the drag force and the dependence of the drag coefficient on various fluid parameters. It is found that an increase in the spin parameter decreases the drag force experienced by permeable sphere. As the value of permeability parameter increases, the drag force experienced by the sphere decreases continously and, with the increasing of the coupling number, the drag force also increases. The volumetric rate increases with the increasing spin parameter. Maximum normal velocity on the micropolar parameter is also studied. It is observed that the drag is greater in the case of zero microrotation vector than in the case of non-zero microrotation vector.